The Ultimate in Luxury Phinisi Cruising

Prana is the biggest and most luxurious phinisi yacht in the world with more than 900 sqm of usable space across four beautiful decks and nine elegant suites, offering a unique experience in luxury travel. Prana is a 55 metre two-masted gaff-rigged Phinisi yacht built of ironwood and teak according to traditional methods.

Relax on one of the vast day beds, have a facial in the Oasis Spa, sip a cool sundowner in the air-conditioned lounge, watch a film under the stars or rise early for a yoga class. This includes a Yoga Deck which doubles as a cinema, an Upper Deck with two master suites, and a Lower Deck with 6 suites. Prana Main Deck has inside living, outdoor living, a spa, a water sports deck and the Ambon Suite.

Prana was inspired by the tradition of the Phinisi and the way it has been built in Indonesia for centuries. The Phinisi is a traditional two- masted sailing ship originally crafted by the master seafarers known as the Bugis people in South Sulawesi, Indonesia. These venerable vessels look a little like the Arabian Dhow and were originally used for both transport and cargo, especially to transport the famous spices from the remote Banda islands.

*Prices accurate in USD. All other currencies are for your reference and might be subject to exchange rates fluctuations. 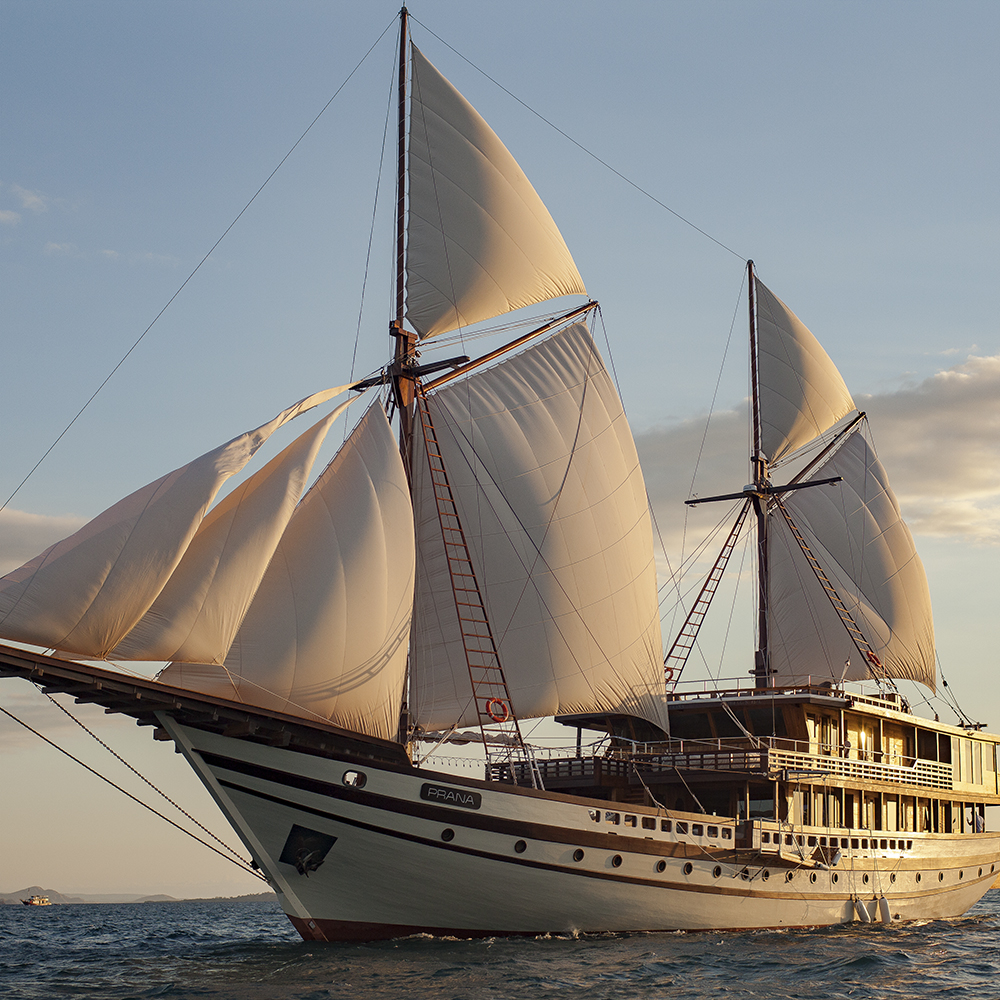 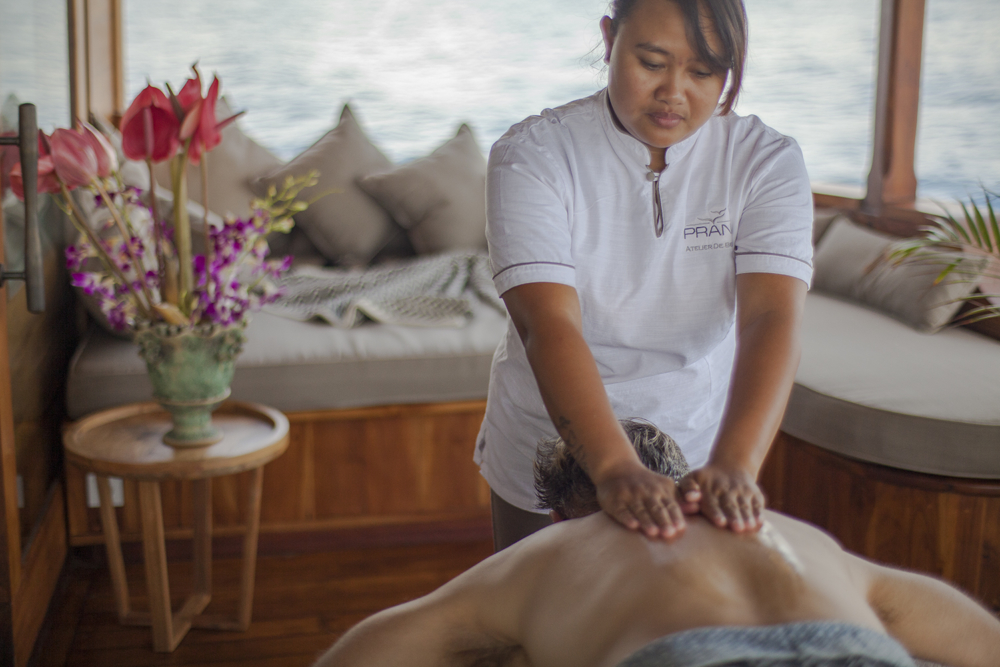 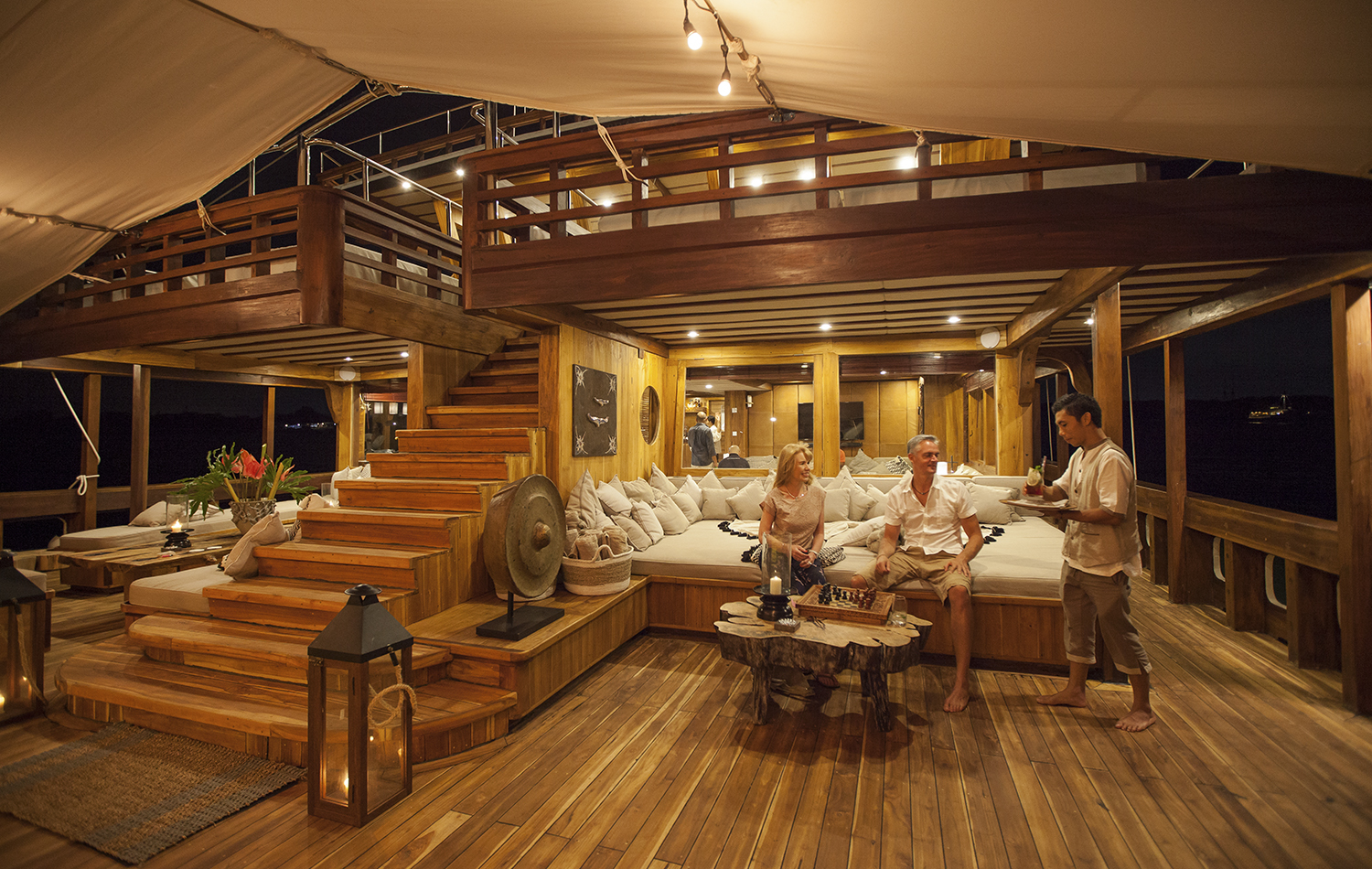 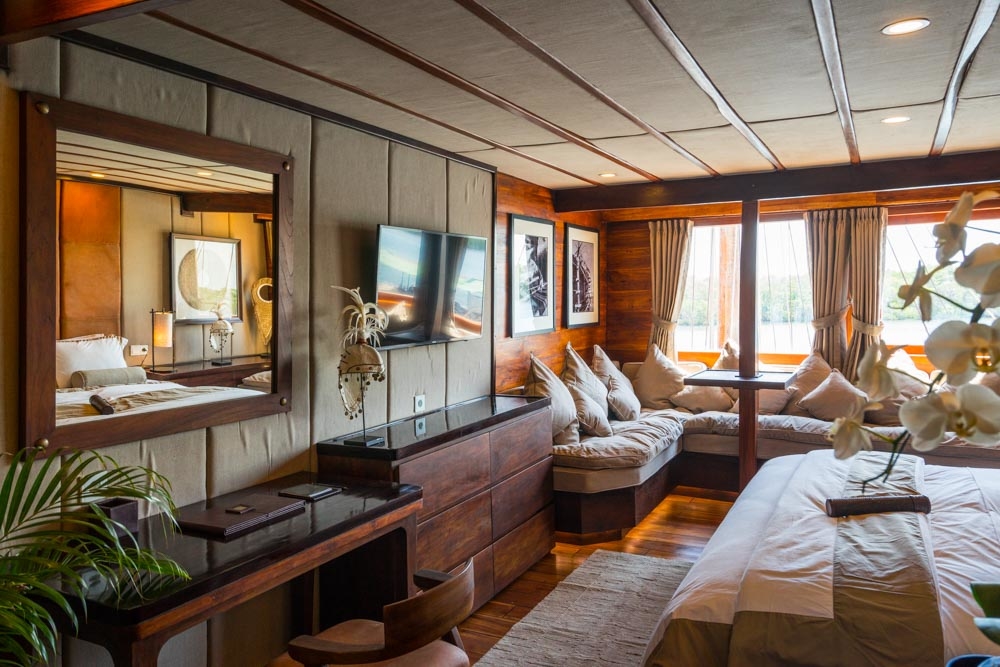 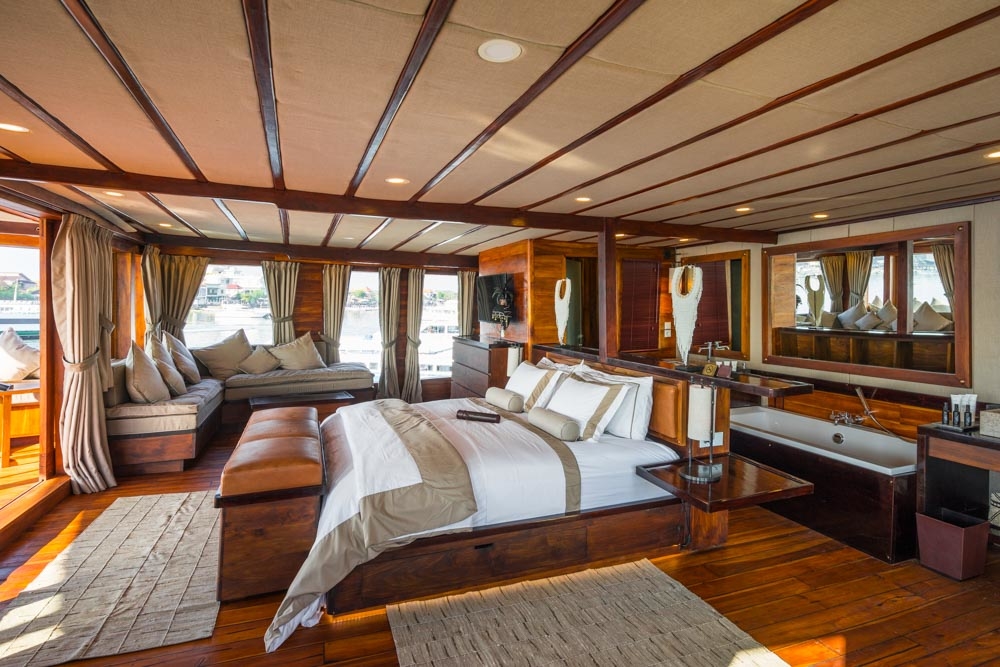 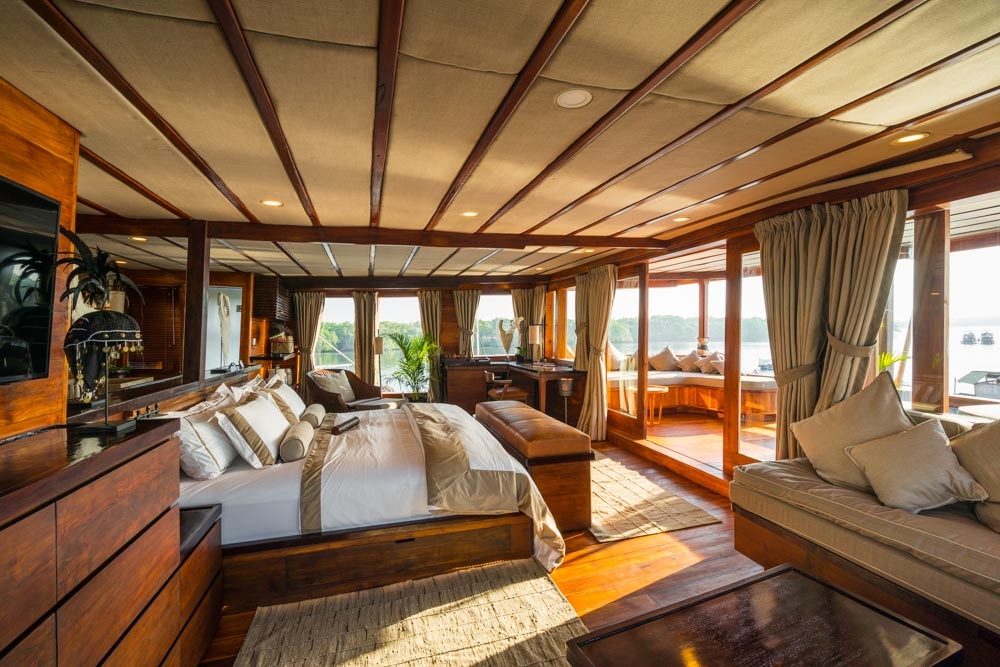 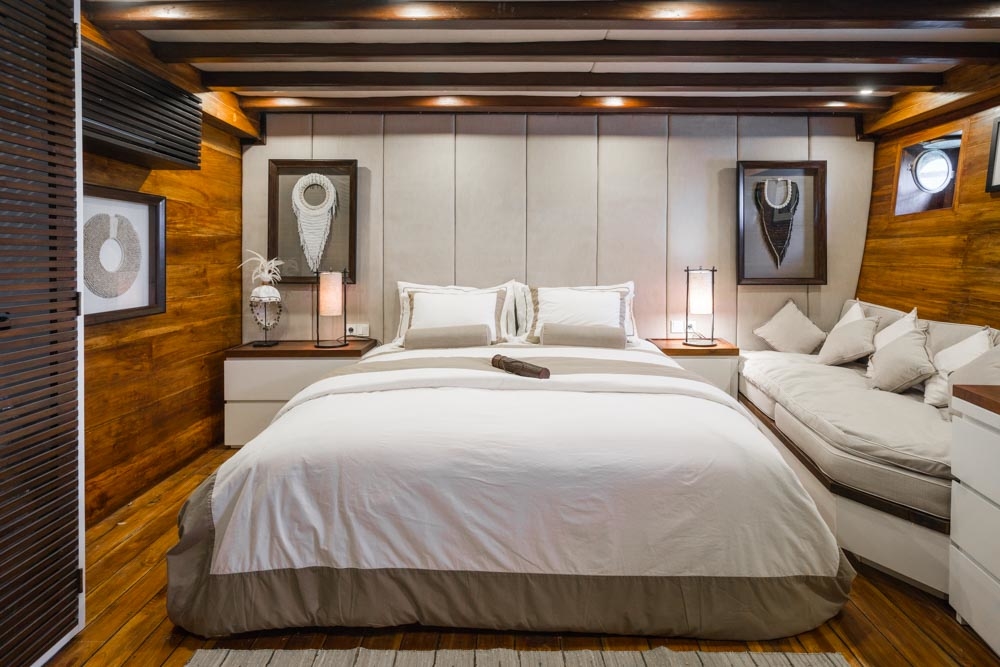 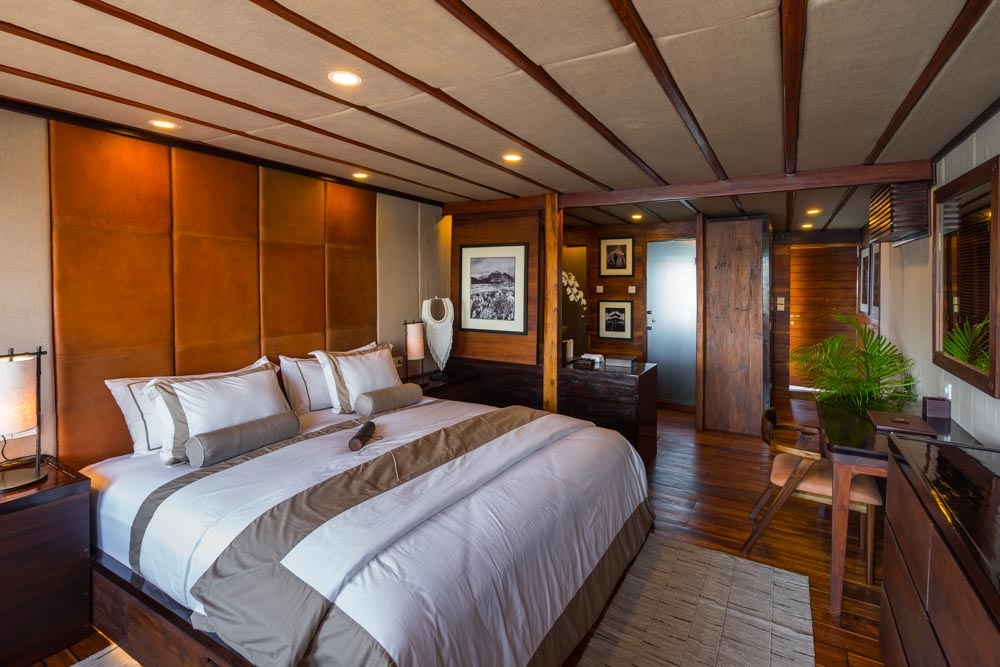 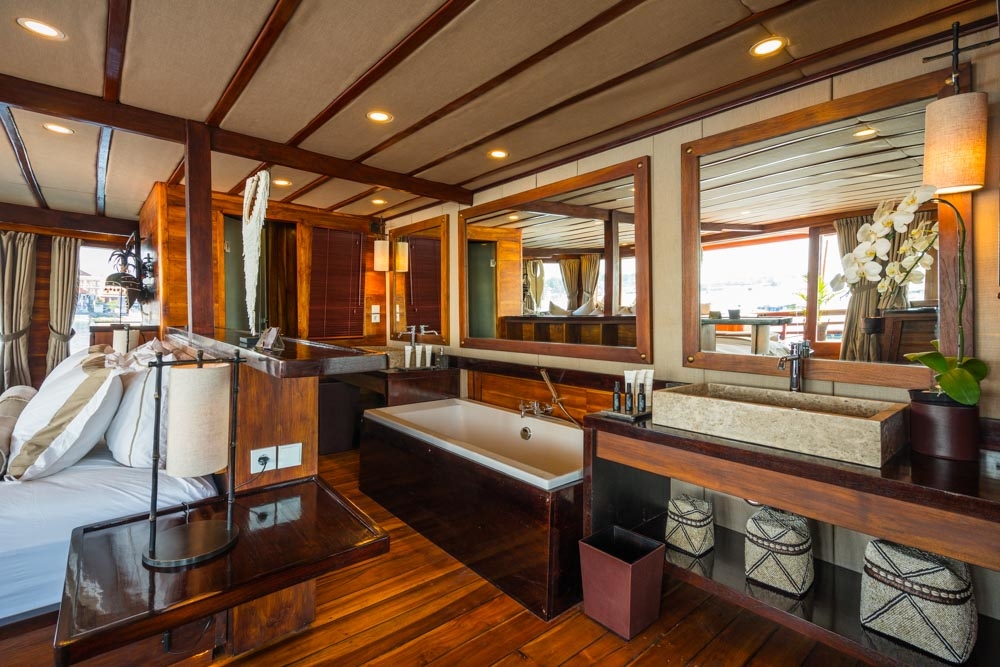 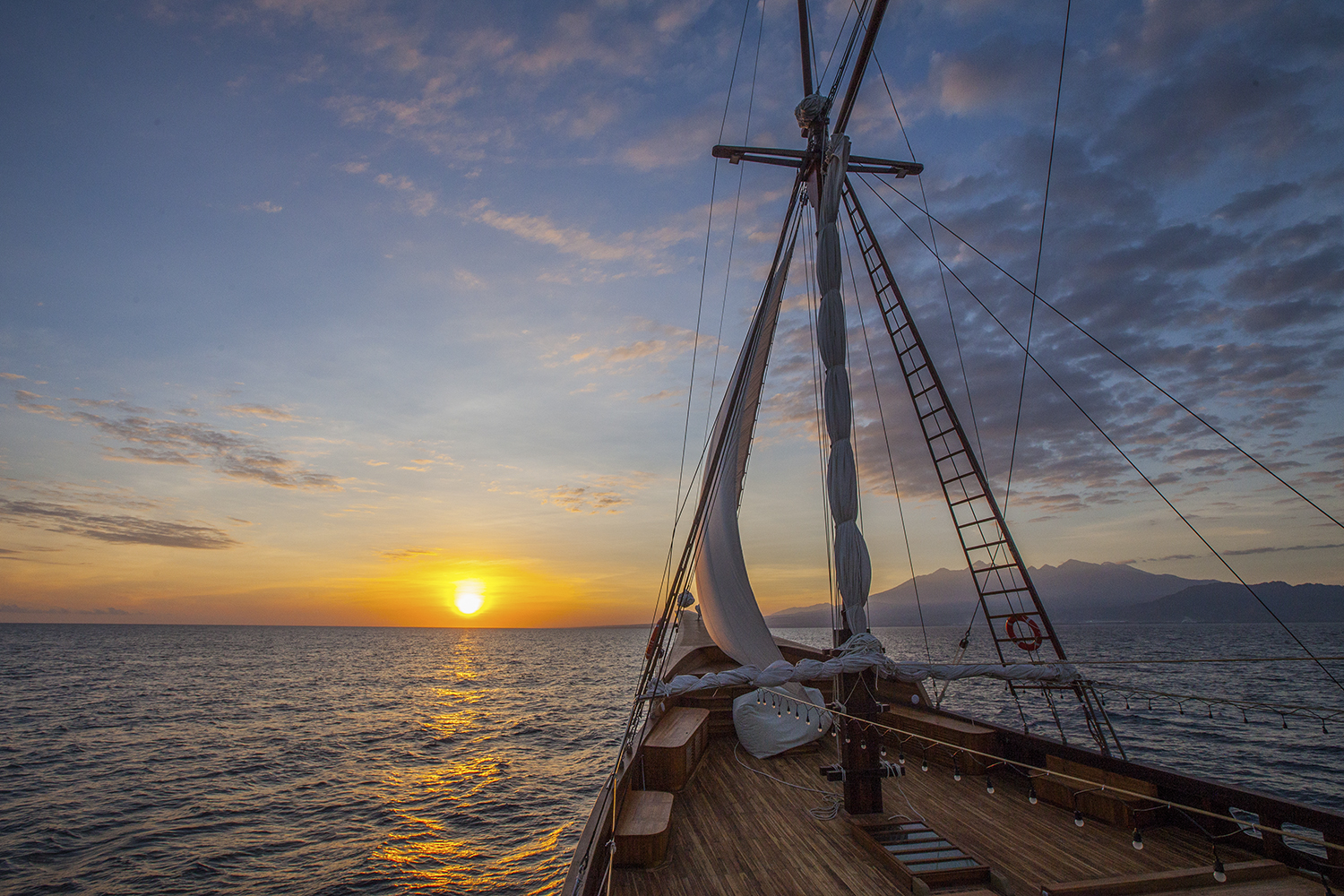 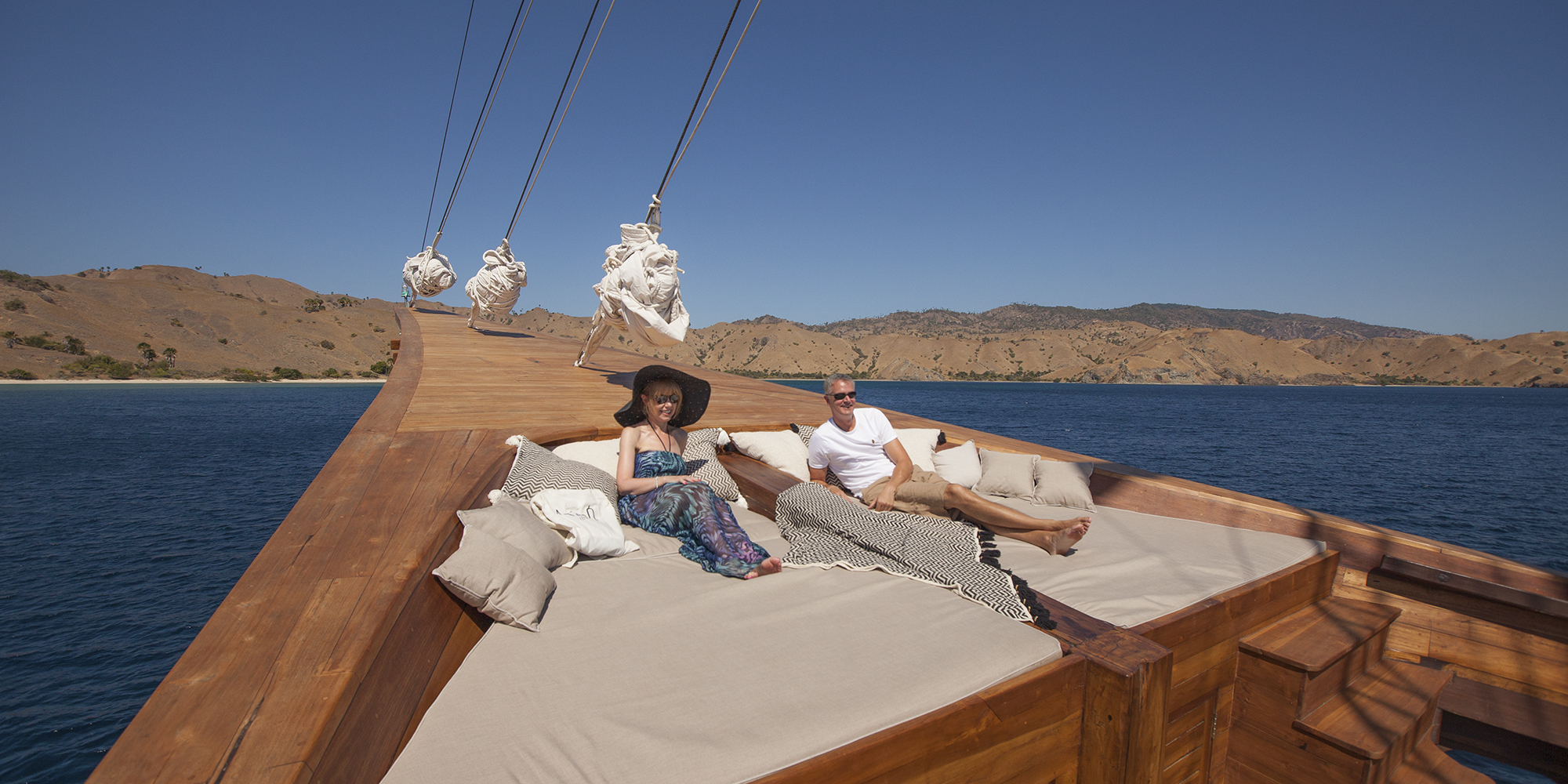 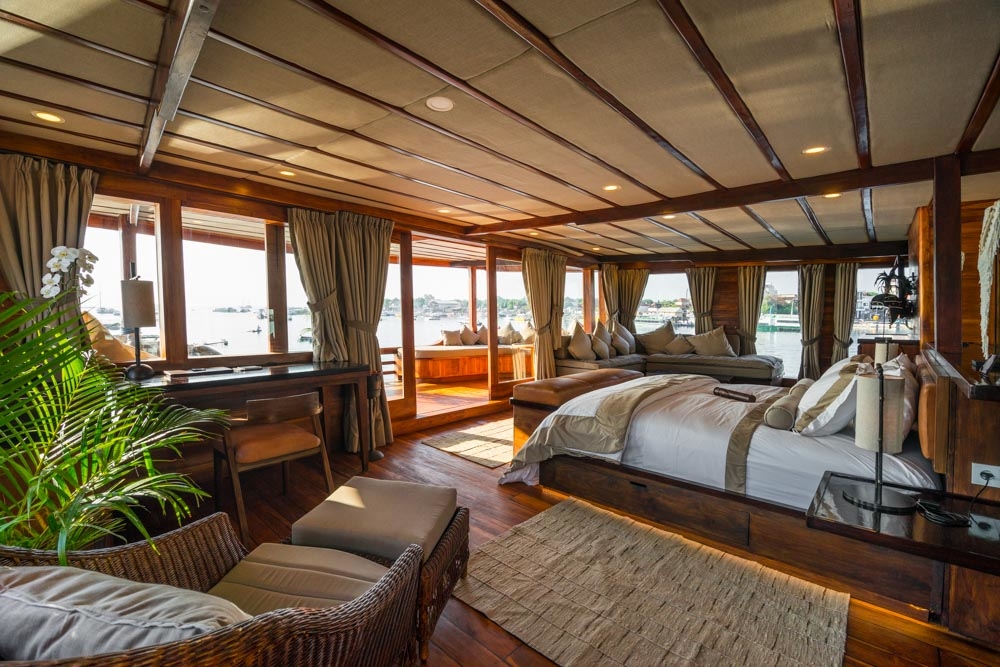 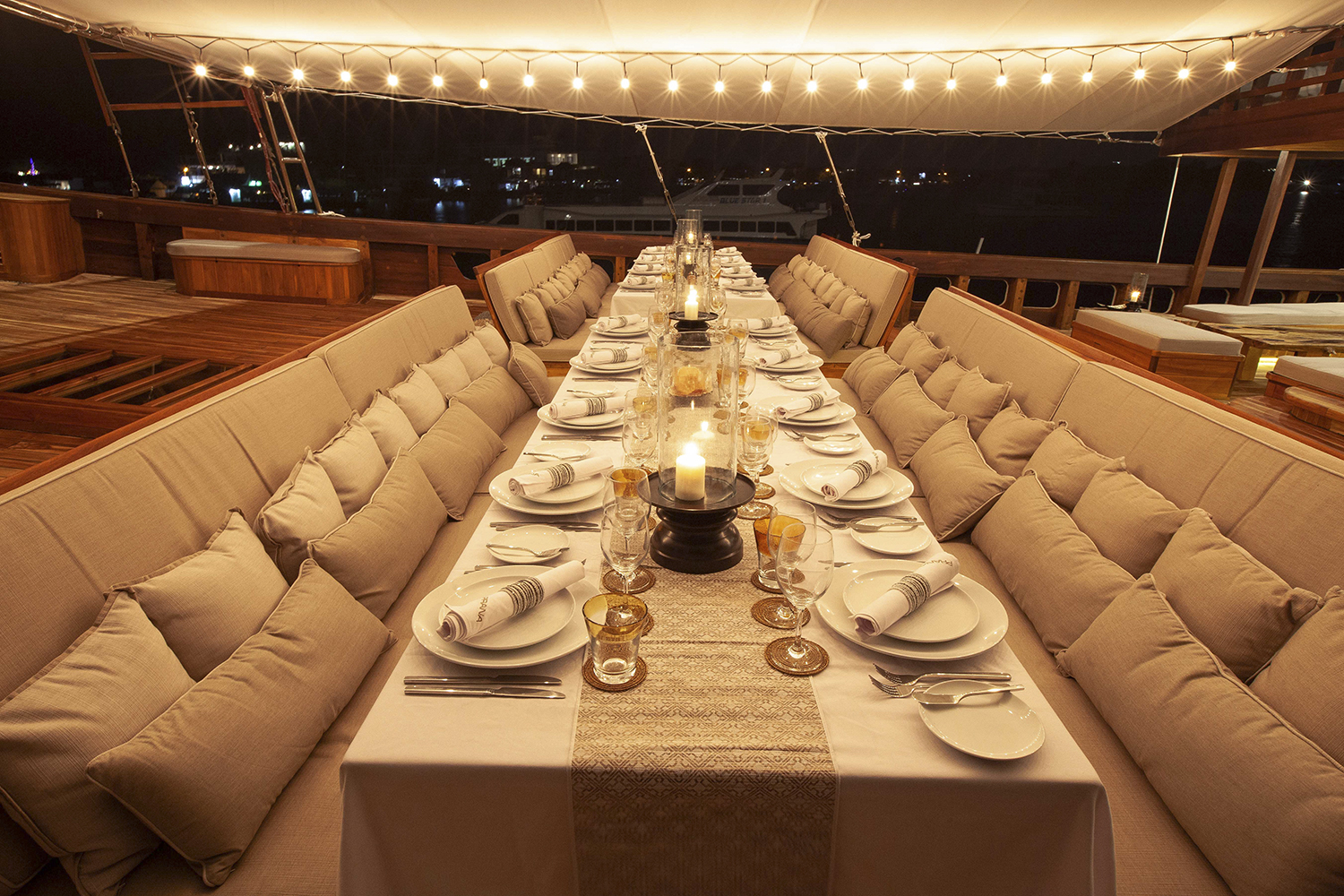 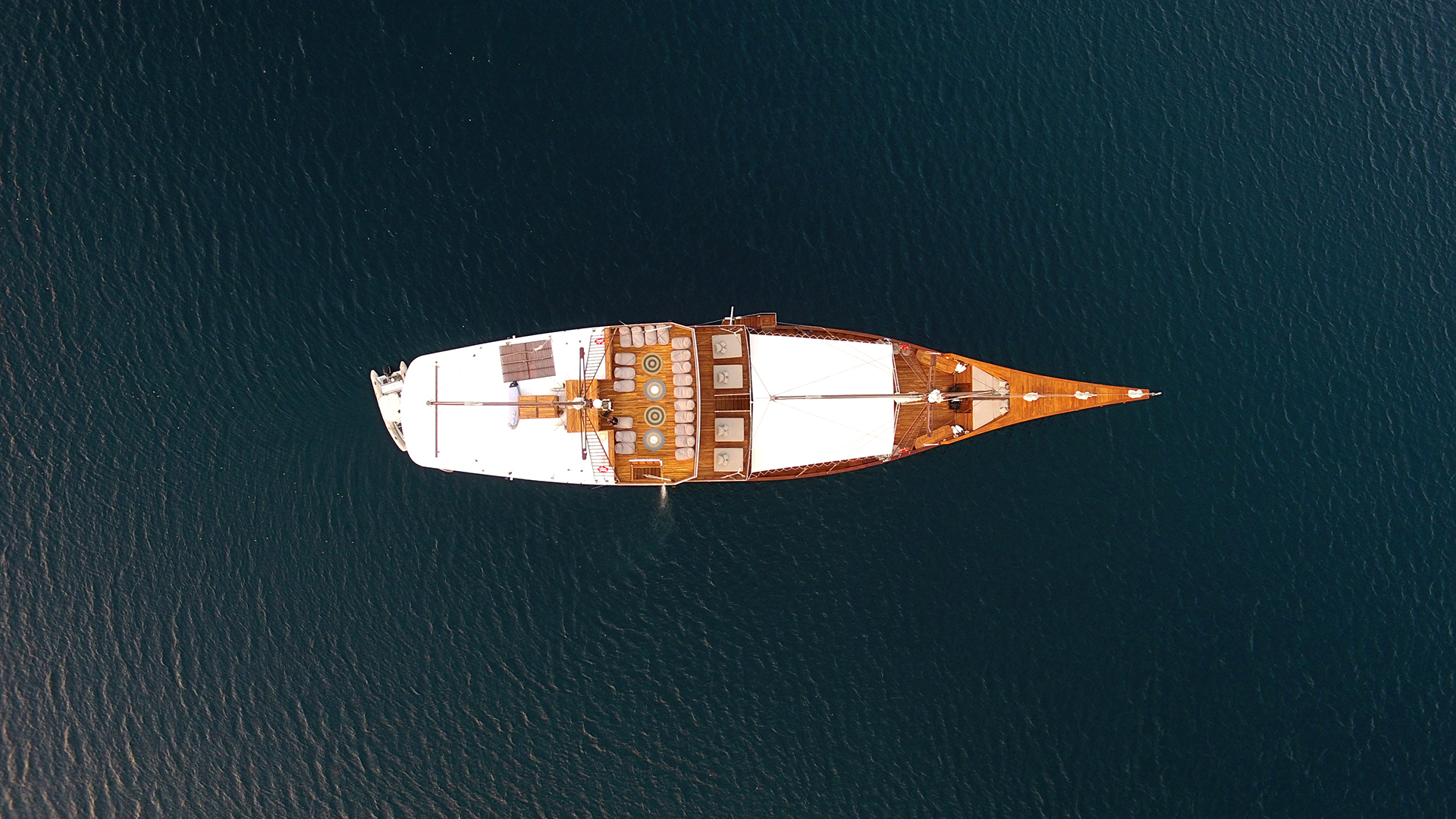