A Classic Dutch Schooner with a Century-long History

Adelaar is a classic Dutch schooner with a history spanning more than a century. Built in 1902 by Staadskanal Shipyards, the original SY Adelaar was a cargo ship sailing between England, Sweden, Norway and Russia. During World War Two, she was confiscated by the Germans and used to carry war goods. Since then, Adelaar has traversed the Atlantic and Pacific Oceans, undergone a name change, and been modernized with numerous refits, the most recent in 2008.

Indonesia has been her home for the past two decades, where she has taken on a new function as a boutique liveaboard. Inside, you’ll find four freshly restored staterooms, each equipped with state-of-the-art entertainment systems and marble-decked ensuite bathrooms. The main saloon is dressed with teak wood panelling and Persian rugs and houses a vast library of books, various board games and a fully stocked bar. A la carte meals are served either in the main dining room, which features wraparound windows looking out to sea, or in the alfresco dining area out on deck. 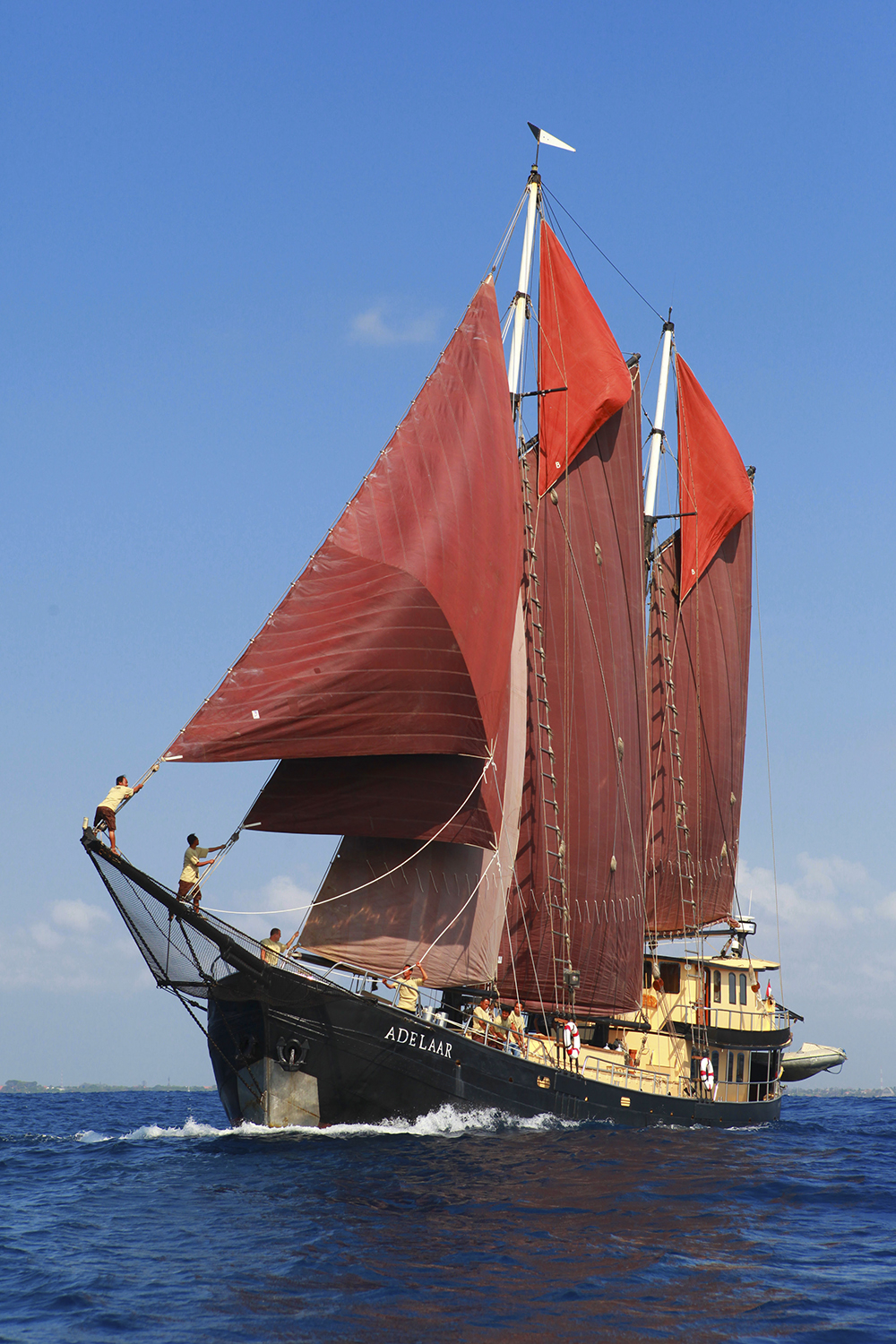