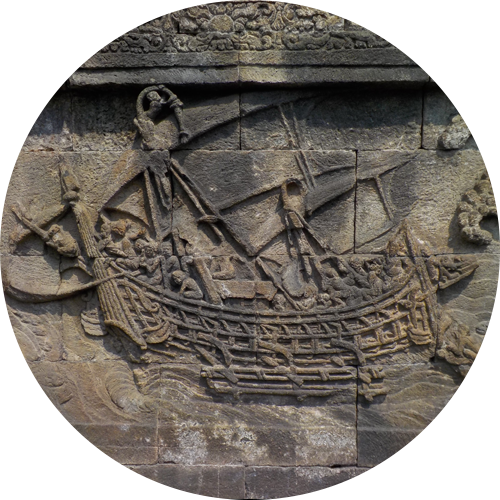 Indonesian traditional vessels and sails were first to appear on the ancient temple of Borobudur in Central Java.
Touring the temple and its relief carvings, you can find several panels that depict ships that crossed to Indonesia through the Indian Ocean, bringing followers of the Buddha in search of enlightenment. 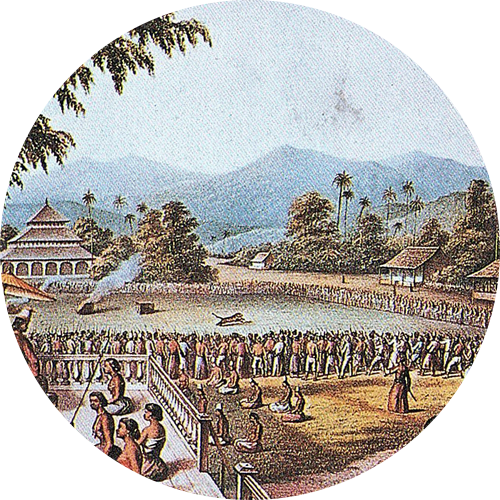 The Borobudur vessels were known to be used in the Majapahit navy, along with many different wooden ships. 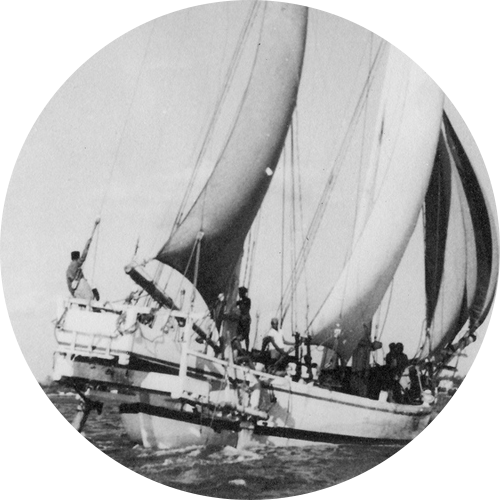 In the 19th century, sailors from Sulawesi began to combine traditional tanja rigs with the fore-and-aft rigs of Western ships sailing through the archipelago. The first Sulawesi-made phinisi is thought to have been built for the first time in 1906. 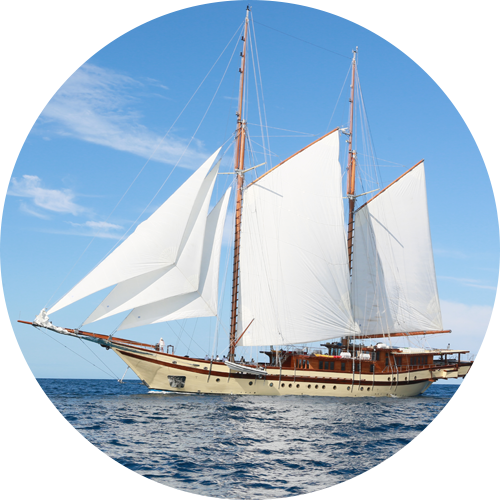 The phinisi boat is still used for trade around Indonesia. The building process combining the traditional knowledge with modern motors and luxury designs lead us to the luxury charter business.